If you’ve ever wondered whether somewhere in the vastness of the Internet, there’s a perfect shot of 16 sausage-like good boys – we have some good news for you. We all love dachshunds as it is – and in all honesty, who wouldn’t – but this adorable shot just made our hearts skip a beat. In it, you can see 16 (yes, you read that right) sausage doggies, perfectly lined up in pairs, posing as if they’re in Vogue and their rent’s due tomorrow.

The photo shows eight duos of sausage-like good boys, who are sitting on steps in all of their gracious glory, staring dreamily right into the camera. The names of the furballs are Saffie, Daisy, Dudley, Wallie, Diamond, Ruby, Benjie, Buster, Bonnie, Ziggy, Sammy, Kizzy, Kiki, Zac, Duke, and Lottie. The duos were placed on the steps by their owner and told to ‘stay’.

He did it to prove his friend wrong, who said that it is impossible to capture such a shot 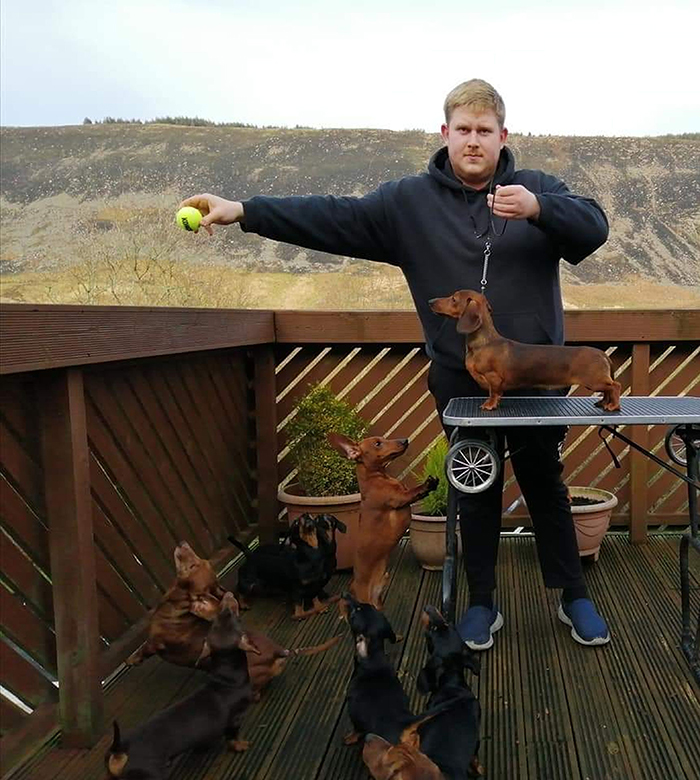 Liam, the owner of the adorable dogs told the media: “My friend Catherine challenged me to try to get all of my lot sat on the stairs for a photo. She said, “I bet you can’t pull it off,” so I thought “challenge accepted”. She also promised me a box of chocolates if I managed it. She set me that task on Friday morning and 10 minutes later, I had the photo. It took me eight minutes in total. I timed myself.” 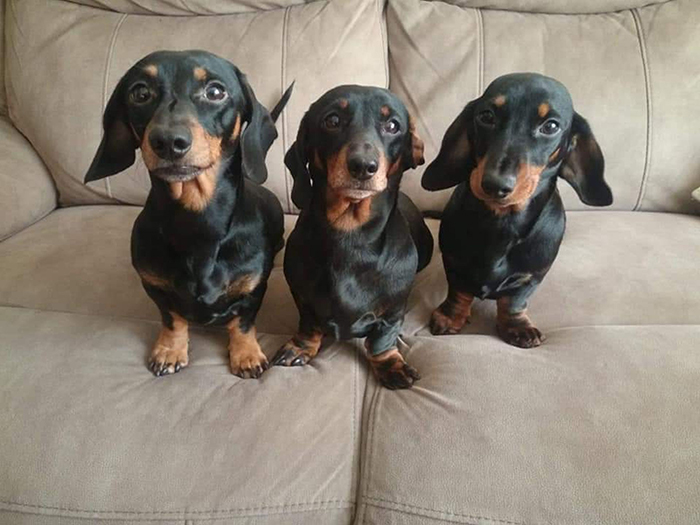 Liam also posted the now-viral picture of his dogs online and got many surprised reactions from people. One commented: “Wow, what a brilliant picture! How on earth did you manage it?” to which Liam replied that “just a squeaky ball works wonders.” 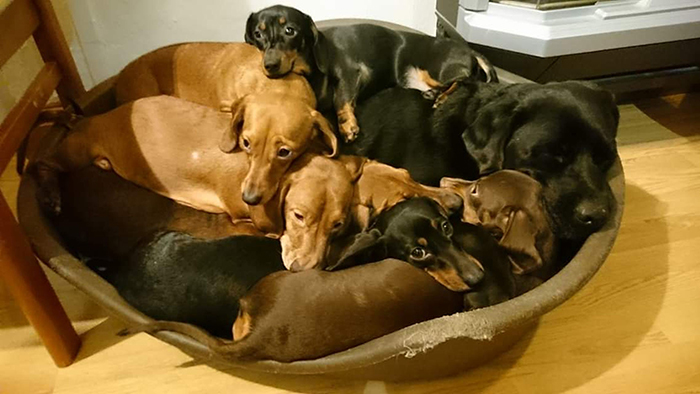 “It’s amazing the amount of positive reactions I’ve had because sometimes people are judge-y about the amount of dogs I have. But I haven’t had any negative reactions to the picture at all and I’m amazed by how many people love it. It is really lovely to see,” the 19-year-old told the media.

Liam is an animal management graduate who lives in Cardiff, Wales 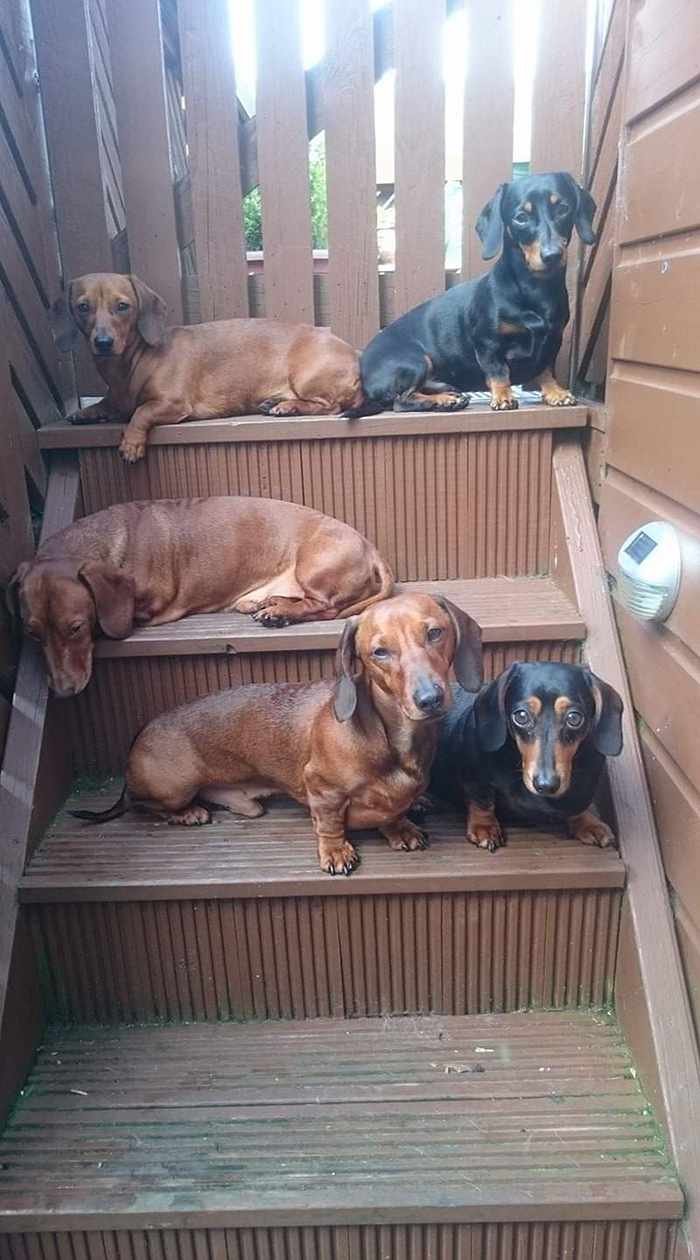 The 19-year-old lives with his parents, 16 dachshunds, and a black Labrador named Jess. The oldest dachshund of the family is Sammy who is 8-years-old and was the first wiener-dog of the animal-loving family.

After Liam’s family got their first dachshund Sammy, the love for the breed grew 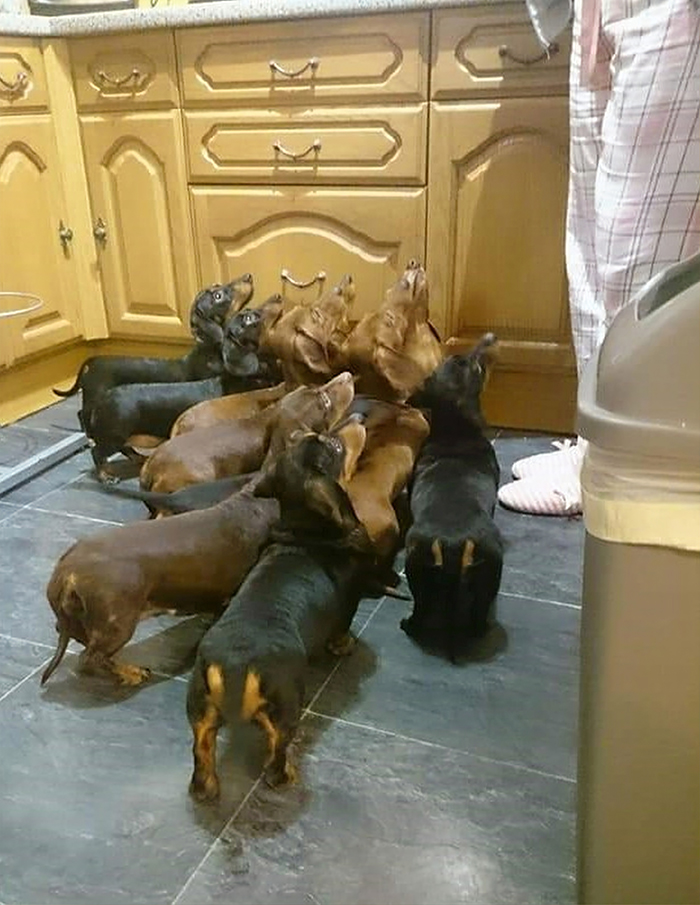 Later on, came the addition of Kizzy so Sammy would have a friend. After some time passed, the family also welcomed Bonnie and Ziggy – who are both 7-years-old now. 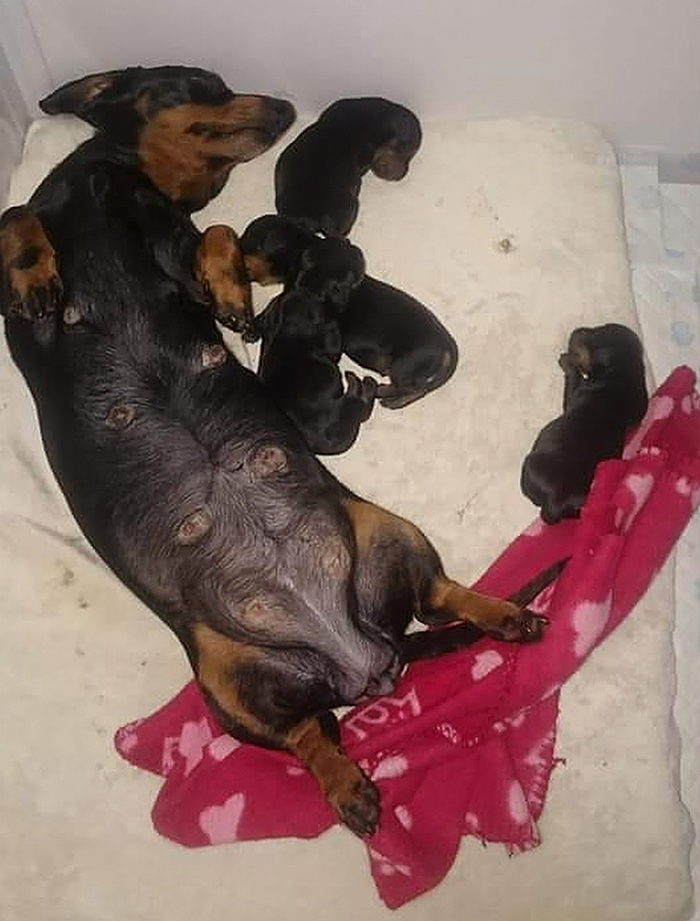 Liam told the media that their family always makes sure that each and every dog of theirs find the best home, but every ‘goodbye’ still hurts. 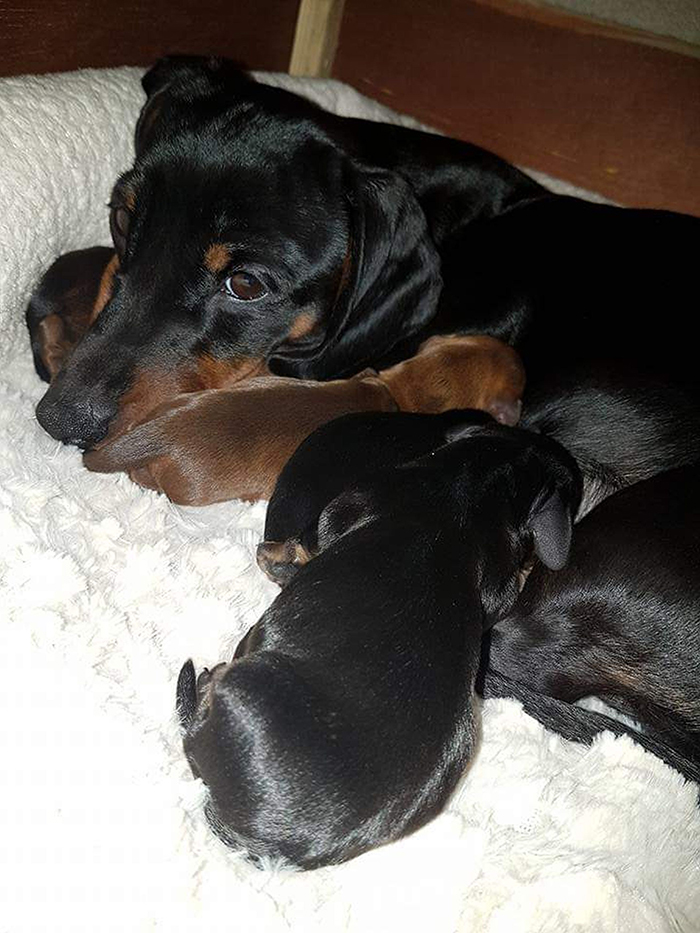 Well, luckily, people on Bored Panda are surely not the kind of people who would be judgemental about this kind of thing. As the popular and widely overused saying goes – “the more the merrier.”

“It’s very entertaining living with all of them” 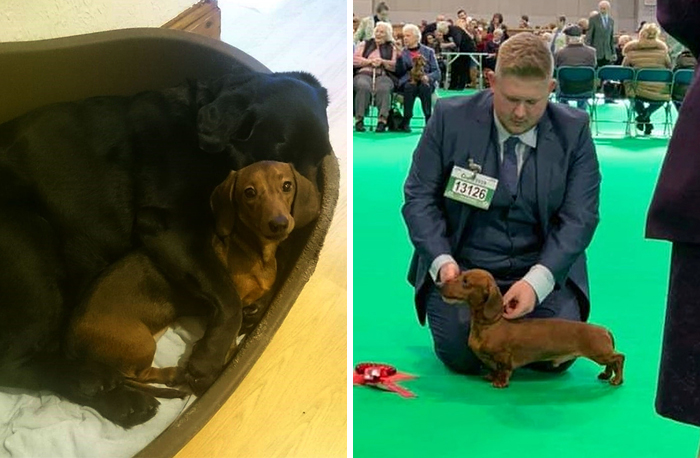 We sure can imagine the joy that 16 dachshunds and a Labrador can bring! Hopefully, this wasn’t the last time that Liam captured his lovely pooches because shots like this surely give us hope to live.