Miniature Tree Houses For Houseplants Are Just Perfect For Fairies

The film FairyTale retells the story of the Cottingley Fairies, an incident in which two girls staged photos that they claimed depicted real fairies. Even famous writer Arthur Conan Doyle was fooled, and it was only in the 1980s that the girls admitted that the photos were faked. But LA-based artist Jedediah Corwyn Voltz must have missed the news, because he keeps making fairy-sized treehouses around houseplants, and has made 25 so far!

“Building miniatures for stop motion always leaves me with a huge bin of scrap balsa, basswood, various fabrics, etc. and I found myself making little fantasy constructions out of that stuff during my downtime,” Voltz told Bored Panda. “Those little scrap forts led to me building some more serious ones in little diorama settings, and last year I built my first living treehouse. Since then, I’ve made almost 25 of them, from tiny watchtowers in secluded forests, to quiet treetop meditation platforms, to giant bustling windmills and waterwheels.” 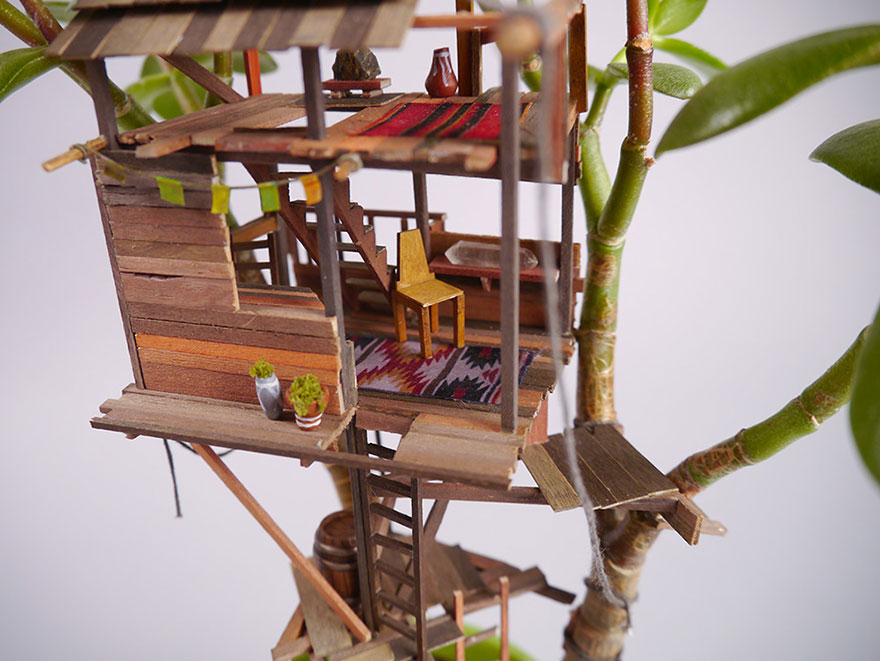 “When winter came around, I turned to my mothers large selection of indoor house plants” 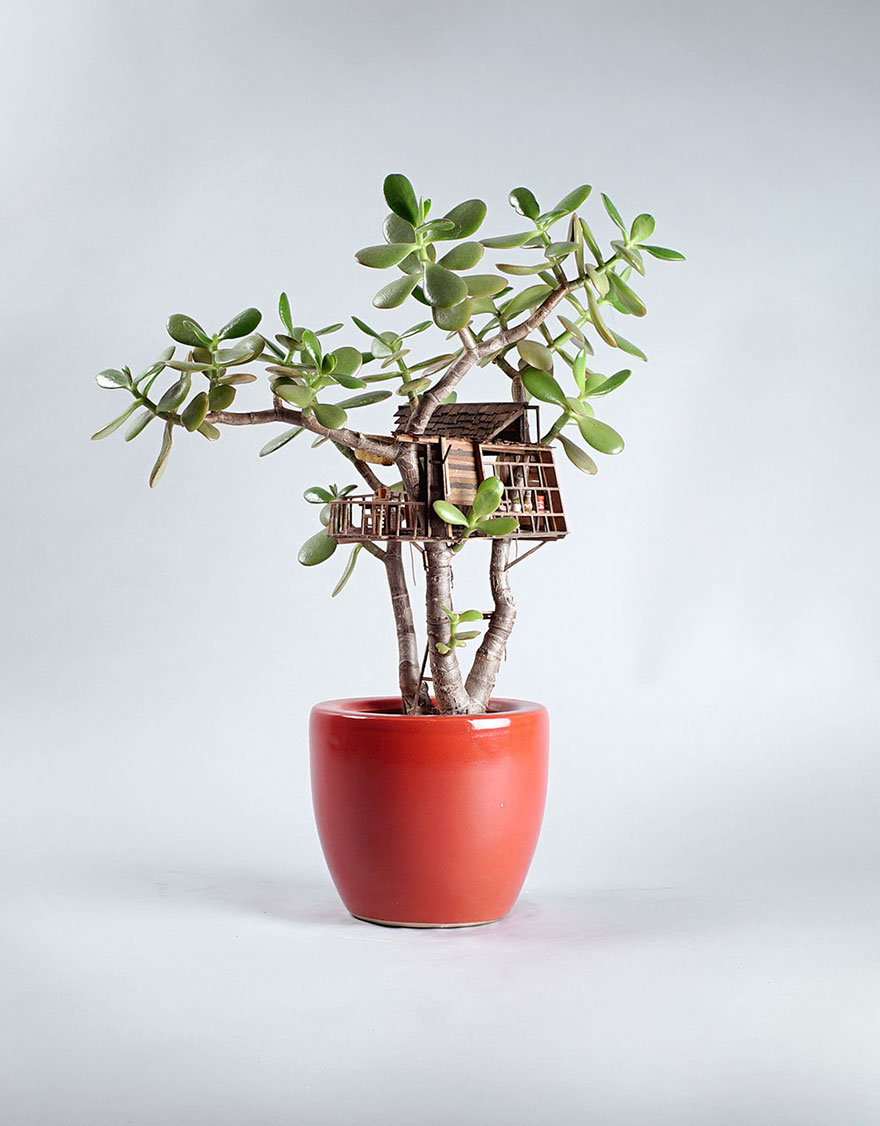 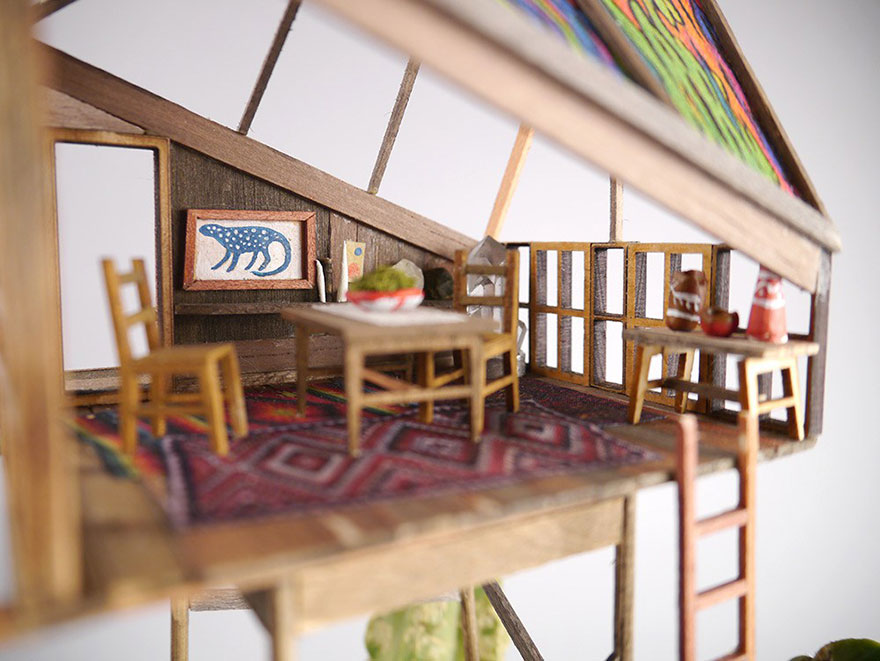 “Later in life, I began working my way into the stop motion and toy commercial industry”

“During my down time, I’d start haphazardly glueing some of these together to make crude forts and towers” 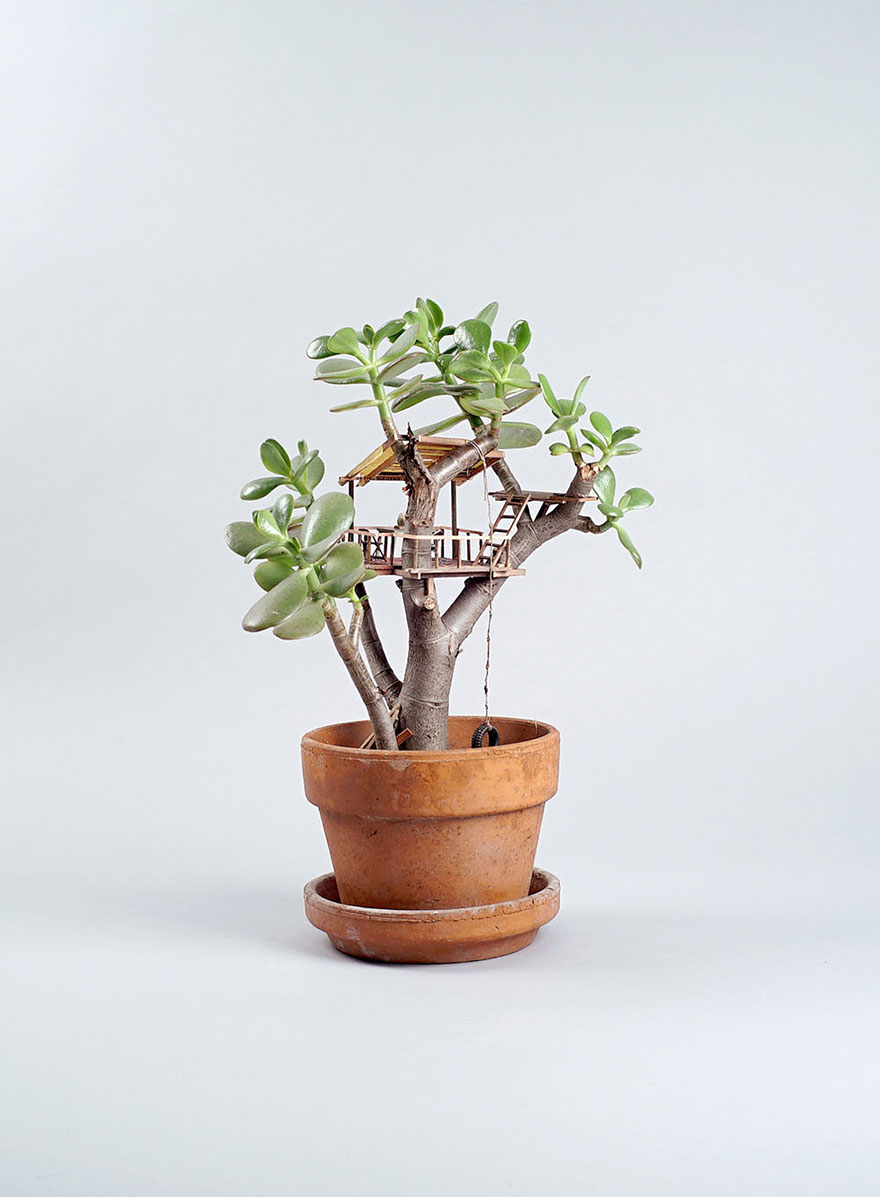